Super thick sound with infinite sustain, with clear articulation and rich harmonics – this is Lee Hooker Puff Trip. It distorts more than Ginger, so it's more of a fuzz effect. The controls are the same as Ginger: VOLUME, TONE and SUSTAIN. When distorted (SUSTAIN up), the effect sings like Pavarotti and the tone sustain seems to have no end. If you at the same time turn down treble with the tone control, you will get the so-called „woman's tone“ from the old Guess Who – American Woman recording. Like Ginger, Puff is based on the classic Big Muff. They differ in using silicone instead of germanium components which increases signal gain, giving you greater range of distortion and more aggressive sound. Also, a different TONE circuit delivers richer sound than the Ginger. The high impedance input with buffer and low impedance at the output, true-bypass and 9V pin-positive power supply are the same as in previous boxes of this line. Puff also works nicely with low guitar volume and compared to old fuzz is relatively quiet in terms of noise and hum. The Big Muff modified this way is allegedly one of David Gilmour's most important boxes. 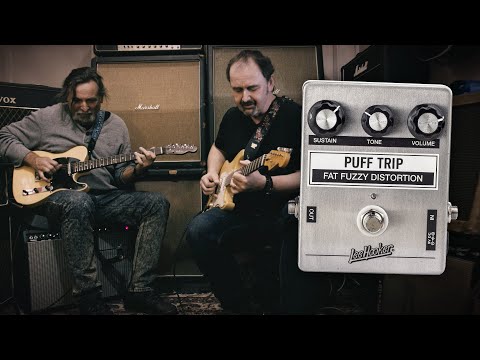 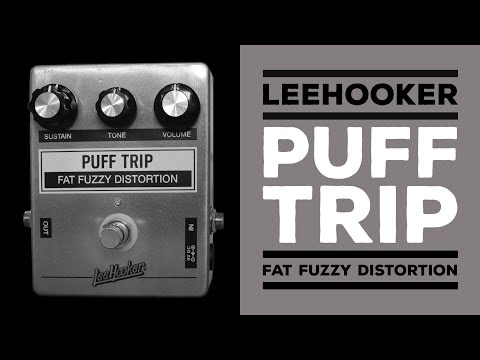